According to the criteria of

In the early hours of December 1969, Chicago police raided the apartment of the young leader of the Black panthers, Fred Hampton. After a hundred shots fired, with only one by some accounts targeting law enforcement, Hampton and his comrade Mark Clark were dead, while six other members of the group, including Hampton’s pregnant fiancée Deborah Johnson (now Akua Njeri), were injured to varying degrees of severity.

LOOK: “Judas and the black messiah”: what actually happened to the characters in the film?

The incident, which shocked the United States in the midst of the civil rights movement, is the subject around which the new film “Judas and the Black Messiah” (2021), available on HBO Max, revolves.

Directed by Shaka King (“Newlyweeds”), the biopic explores the events leading up to the incident, including the betrayal of William O’Neal, an FBI informant who infiltrated the group and provided the information necessary to carry out the police raid. portrayed in the film by actor Lakeith Stanfield. Meanwhile, the role of Hampton was performed by Daniel Kaluuya in a performance that earned him the 2021 Oscar.

The cast is completed by the likes of Martin Sheen as FBI Director J. Edgar Hoover, Jesse Plemons as O’Neal’s FBI contact, and Dominique Fishback as Deborah Johnson.

For the making of the film, its director King said that he tried to be as close to historical events as possible, that his work has been hampered because the authorities themselves, such as the FBI, have not reliably kept records. “It is quite difficult to make a film about historical events when history was written by people who are not interested in historical truth,” indicated in statements to USA Today.

However, for his work he enlisted the help of the activist’s son, Fred Hampton Jr. and his partner Akua Njeri, who participate in the film as advisers for the film, and spoke with several people involved with the events who preferred to remain anonymous.

“It didn’t surprise me that a lot of the guys didn’t want their names to be registered because they were infiltrated and people were killed, so they are very private people,” said King. a Variety.

Who was Fred Hamptom?

Frederick Allen Hampton was born August 30, 1948 in a suburb of Chicago, Illinois, the youngest of Francis and Iberia Hampton. When he was seven years old, he experienced an incident that changed his life with the death of his family acquaintance. Emmett Till, an African American teenager lynched for allegedly offending a white woman while on vacation in Mississippi.

The incident demonstrated the racial inequity in the country and prompted him to join the National Association for the Advancement of Colored People (NAACP) as a teenager. In 1968, after experiencing several clashes with the police during protests, Hampton left the NAACP and joined the Black Panther Party (Black Panther Party) an organization made up of African Americans that had started in 1966 as a self-defense group that advocated armed defense against police brutality, but by 1969 began to establish social programs such as free breakfasts and clinics and adopt a certain Marxist philosophy.

As shown in the film, Hampton’s oratorical gifts allowed him to quickly climb the Illinois chapter of the organization and form alliances with various groups that organized around ideology or ethnic considerations, forming what he called the “Rainbow Coalition” (“Rainbow Coalitions”) que included Caucasians, Latinos, and African Americans.

But the group’s prominence put it in the crosshairs of the FBI with the then powerful agency director, J. Edgard Hoover (Martin Sheen in the film), declaring the Black Panthers as the “greatest internal threat to the security of the country”. Documents declassified years later show that in the late 1960s the FBI initiated an operation called the FBI Counterintelligence Program (Cointelpro) in which they recruited several informants to infiltrate various movements, which included not only the Black Panthers, but also a peaceful organization in favor of civil rights, protest groups from the Vietnam War, the American Indian Movement and even white supremacists like the Ku Klux Klan.

In particular, Hoover feared the rise of a “messiah,” a leader who would bring together all African-American militant groups in one cohesive movement.. Among the names being considered was not only Fred Hampton, but also Malcolm X, Martin Luther King Jr. y Elijah Muhammad, among others.

In the case of the Illinois Black Panther chapter, the FBI recruited William O’Neal (Stanfield in the tape), who was offered clemency on his crimes in exchange for his cooperation. During his time in the group, recounted in “Judas and the Black Messiah,” O’Neal offered confidential information to the FBI while gaining the trust of the leaders, becoming the person in charge of security. Among the information you gave there was a map of the department of Hampton, used in the raid in which Hampton died and which allowed years later to reveal his ties to the FBI.

How close were the events to reality?

One of the contention points of the tape is the fact that O’Neal drugs Hampton shortly before the raid, which explained the fact that he did not get up in the middle of the shooting. While the real O’Neil denied drugging the leader and the first two toxicology tests revealed no foreign elements in Hampton’s body, a subsequent independent autopsy found enough fentanyl in his system to render a horse unconscious, according to his son. Fred Hampton Jr. What is certain is that there is no confirmation that it was O’Neal who gave the adulterated drink to Hampton.

What does seem like apparent artistic license is O’Neal’s internal conflict and his desire to leave the FBI. Although little has been written about what O’Neal experienced, in none of the released documentation does it say that he threatened to stop being an informant, while he participated in the witness protection program in 1973, after his knowledge became known. role in the fatal raid. However, an article published in the Chicago Reader titled “William O’Neal’s Last Hours”Show a subject tormented by his actions, which led to her taking her own life in January 1990 at age 40.

“I think he was sorry that he did what he did. He thought the FBI was just going to raid the house. But the FBI gave the order to the attorney general and that was all (Edward) Hanrahan wanted. They shot Fred Hampton and made sure he was dead, “said Ben Heard, William’s uncle and the last person to see him alive. Heard claimed that he was also with his nephew the day after Hampton’s murder, at the location where it occurred. ”There were papers lying all over the floor, blood everywhere. There was a path of blood where he had dragged Fred’s body. Bill just stood there in shock. He never thought it would come to this”. 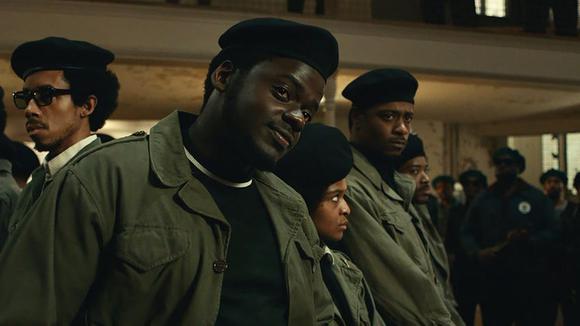 Trailer of “Judas and the black messiah”. (Source: Warner)

IT MAY INTEREST YOU

Daniel Kaluuya: who is Fred Hampton, the real character for whom he won the Oscar 2021?