Robbie Amell and Stephen Amell are set to star in the highly anticipated sci-fi sequel CODE 8: PART II directed by Jeff Chan (CODE 8). The film is written by Chris Paré & Chan, and Sherren Lee & Jesse LaVercombe. Producers include Chan, Robbie Amell, Stephen Amell and Paré, with XYZ Films executive producing and handling sales. The film is set for a start date in the fourth quarter of 2021.

CODE 8: PART II is centered around the 4% of people living in fictional Lincoln City who possess special abilities and are often confronted by advanced, militarized police technology. It’s a sci-fi fantasy about the extraordinary power that we as individuals hold, versus the technological superiority of the institutions that we live within. The sequel is about the journey of a teenage girl fighting to get justice for her slain brother at the hands of corrupt police officers. After becoming a witness to the cover up, she becomes a target and enlists the help of an ex-con (Robbie Amell) and his former partner-in-crime (Stephen Amell). Together, they face a highly regarded and well protected police sergeant who will use every tool to prevent himself from being exposed.

CODE 8 was originally supported by over 35,000 fans who contributed 2.5 million dollars through Indiegogo making it the second largest crowdfunded original film of all time. CODE 8 set the record for the highest grossing day-and-date release for Elevation Pictures in Canada and Vertical Entertainment in the U.S. The film reached #1 on Netflix’s Top Ten list, holding that spot for most of April 2020 in dozens of countries including the U.S., France, Australia, UK, Mexico, and Brazil.

Chan is the founder of Collective Pictures, a film & television production company based out of Toronto, Canada. As a director and producer, he’s made short films that have garnered over 30 million views, including the original IP “Code 8” which generated over $2.5 million in crowdfunding. Chan independently directed and produced the feature length version of CODE 8, and most recently has partnered with Wattpad Studios to produce FLOAT, based on the hit story that has garnered over 26 million reads.

Most notably known for playing the Green Arrow on the hit CW series “Arrow”, Stephen Amell has also appeared in the blockbuster hit TEENAGE MUTANT NINJA TURTLES: OUT OF THE SHADOWS as the iconic Casey Jones. More recently, Stephen appeared in CODE 8 which he produced and starred in alongside his cousin Robbie Amell, and he recently wrapped production on the STARZ upcoming wrestling family drama “Heels”, slated to premiere in 2021. 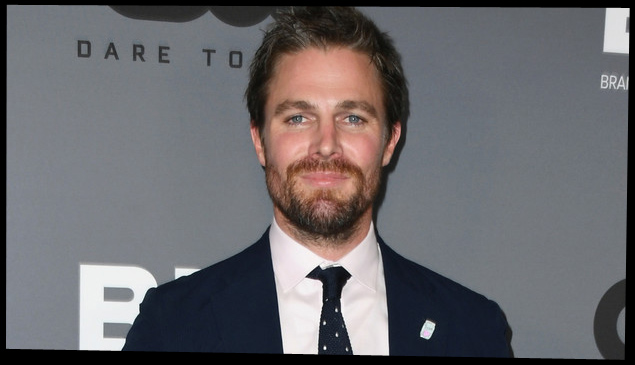 “We’re beyond thrilled to get the team back together and bring more of the Code 8 universe to our very passionate fans. We know this is a sequel that will push the story to new heights,” said Chan.

“There’s nothing better than working with family and friends. Code 8 was the embodiment of that. I can’t wait to get back to work on the sequel,” said Robbie Amell.

“Code 8 is an incredibly personal and special project for all of us. We built the world in the first one and now we’re ready to blow it out!” said Stephen Amell.

XYZ’s recent slate of sales titles include the completed STOWAWAY starring Anna Kendrick and Toni Collette, was released as a Netflix Original in April. Other titles include Netflix original THE TRIP starring Noomi Rapace and Aksel Hennie, GOD IS A BULLET starring Nikolaj Coster-Waldau, Maika Monroe and Jamie Foxx, current production NOCEBO with Eva Green and Mark Strong, Sion Sono’s PRISONERS OF THE GHOSTLAND, starring Nicolas Cage and Sofia Boutella, which premiered at the 2021 Sundance Film Festival, and SXSW horror-thriller GAIA, which was recently acquired by Decal. XYZ is also in post-production on DUAL starring Karen Gillan, Aaron Paul and Beulah Koale. 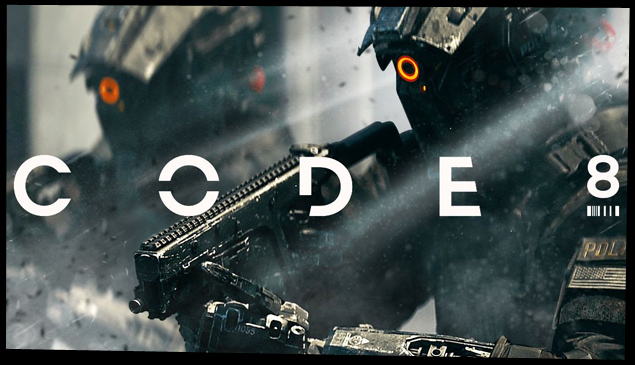 About XYZ Films
XYZ Films is an independent studio whose mission is to empower visionary storytellers from every corner of the planet. As a producer, financier and distributor, the company is uniquely suited to identify talented filmmakers and bring their stories to life. XYZ recently expanded into talent management, working with a global roster of filmmakers.  XYZ was founded in 2008 by Nate Bolotin, Nick Spicer, and Aram Tertzakian. The company’s titles include The Raid franchise, 2017 Sundance winner I Don’t Feel At Home In This World Anymore, and Panos Cosmatos’ psychedelic revenge thriller Mandy. XYZ’s recent productions include Stowaway, Joe Penna’s sci-fi thriller starring Anna Kendrick and Toni Collette, Dual, Riley Stearns’ sci-fi film starring Karen Gillan and Aaron Paul, and Prisoners of the Ghostland, Sion Sono’s action film starring Nicolas Cage, which premiered at Sundance 2021.

About Collective Pictures
Collective Pictures is based out of Toronto, Canada breaking new ground in the way we engage with audiences. Collective’s success comes from generating digital engagement while working closely with filmmakers to guide projects through a verticalized production pipeline. From rights and packaging to post and distribution, Collective’s streamlined approach creates a more collaborative setting between business and talent. As a proudly Canadian company, Collective is uniquely positioned to access tax credits and regional incentives, giving storytellers and filmmakers greater options and control over their work.